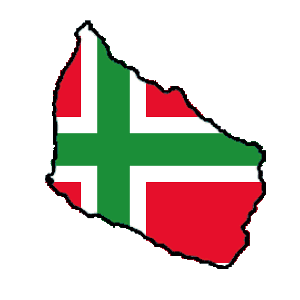 Travel by ferry to Bornholm! Travelling to Bornholm couldn't be more relaxed than by ferry. This way you start your Bornholm holiday rested and without stress.

Bornholm can be easily reached from Germany. The ferry connection from Sassnitz (island of Rügen) to Rønne is offered all year round. In general, Bornholm is accessible by ferry from the Danish mainland and from all neighbouring countries. This includes the route Køge (Denmark) – Rønne and Ystad (Sweden) – Rønne. The Kolberg (Poland) – Nexø ferry is a passenger-only ferry.

Use our ferry search to find your ferry to Bornholm. We compare the offers of different shipping companies on each route. So you always get the cheapest offer for your Bornholmferry. Check availability and timetables now.

All ferries to Bornholm

Here you find all current ferry connections to Bornholm.

All ferries from Bornholm

Here you find all current ferry connections from Bornholm.

You can find an overview of all ferry ports in Bornholm here.

The Danish Baltic Sea island Bornholm awaits its guests with fine sandy beaches and dunes in the south and rugged coasts in the north. The small towns exude maritime flair, the interior of the island is characterised by forests, heathland and glacial cleft valleys.

The island’s capital, Rønne, is considered very tranquil with its colourful half-timbered houses and narrow old town streets. The City and Garden Museum provides insights into the life and culture of the 19th century.

Bornholm’s landmarks are four round churches that were built between 1150 and 1250. They owe their good state of preservation to the robust Bornholm granite. Their brilliant white is refreshed every year before Pentecost.

Hammershus Castle towers imposingly over the Baltic Sea on a 74-metre-high cliff. It dates from the 12th century and is considered the largest medieval castle ruin in northern Europe. At the foot of the castle, visitors will find exciting rock formations resembling camel and lion heads in a small bay.

Due to its central position in the Baltic Sea, the island Bornholm has several lighthouses. At the northernmost tip, the lighthouses Hammerfyr and Hammerodde Fyr show the way safely, and in the far south the imposing Dueodde Fyr. Bornholm’s lighthouses promise beautiful photo opportunities and some can be visited.

On Bornholm, culturally interested visitors will find rock paintings dating back thousands of years to the Bronze Age. The so-called petroglyphs are found to large erratic blocks and mostly show ships and wheel crosses.

Fascinating witnesses of the past are the Bauta and rune stones that can be found all over the island. Carved by man, they date from various settlement periods on the island. While the building stones are roughly hewn stone steles, the rune stones tell of the life of the islanders.

From Bornholm it is worth taking a trip to the Pea Islands. The main island of Christiansø has an impressive fortress and a rich bird life.

Melting glaciers of the Ice Age left deep crevices in the earth’s surface on Bornholm and created unique natural areas. The largest of these cleft valleys is the 12 kilometre long Ekkodalen. The echo that reverberates here from the mighty cliffs gave the valley its name.

With a height of over 20 metres, Døndalen is considered the highest waterfall in Denmark.

German citizens need a valid identity card or passport to enter Denmark. Children and young people under the age of 16 must present their own children’s passport, passport or identity card when entering Denmark. A visa is not required for entry and stay on Bornholm.

A journey with car and camper is unproblematic from Germany with the ferry. All ferry ports to Bornholm can also be reached by bus and train. Rønne Airport is served daily by the Danish airline DAT from Copenhagen in the high season. During the summer months there is a flight connection from Sønderborg (near Flensburg).