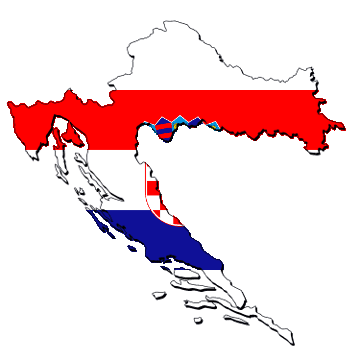 Travel by ferry to Croatia! Travelling to Croatia couldn't be more relaxed than by ferry. This way you start your Croatia holiday rested and without stress.

Fähreto Croatia depart from Italy on various routes. The fastest connection is the one from Venice to Umag, which takes 2 hours and 30 minutes. Further connections exist on the routes Ancona – Zadar, Ancona – Split and Bari – Dubrovnik.

Use our ferry search to find your ferry to Croatia. We compare the offers of different shipping companies on each route. So you always get the cheapest offer for your Croatiaferry. Check availability and timetables now.

All ferries to Croatia

Here you find all current ferry connections to Croatia.

All ferries from Croatia

Here you find all current ferry connections from Croatia.

All ferries within Croatia

Here you can find all current ferry connections within Croatia.

You can find an overview of all ferry ports in Croatia here.

With a coastline of over 1,700 kilometres, Croatia offers ideal holiday conditions. If you add the almost 1,200 islands, there are already 6,000. Together with its Mediterranean climate, medieval towns, ancient architecture, hospitality and typical cuisine, Croatia is probably one of the most beautiful travel destinations in Europe.

The sights of Croatia’s capital Zagreb are within easy walking distance of the central Ban Jelacic Square. These include the Cathedral, St. Mark’s Church, the Art Pavilion or the lively Dolac Market.

The port city of Split offers a beautiful old town with cobblestone streets and picturesque buildings. Here Romans, Greeks and Ottomans left their traces. A leisurely stroll takes you to the cathedral, Diocletian’s Palace and the Riva, Split’s palm-lined waterfront promenade.

If you are interested in antiquity, the Diocletian’s Palace will amaze you. In 300 AD it was built as a comfortable retirement home for the Roman Emperor Diocletian. Today the whole complex forms the city centre of Split. The mausoleum, the temple of Jupiter and the porticoes are imposing witnesses of a magnificent past.

In Pula, the Romans once built an amphitheatre that has lost none of its fascination to this day. The Arc de Triomphe, Temple of Augustus and Forum Square are also beautiful to see. In addition, there is a picturesque old town with a promenade that invites you to stroll around.

Dubrovnik is probably one of the most beautiful cities in Croatia. A completely walkable city wall surrounds the old town. It is two kilometres long and up to six metres thick. Also worth seeing are the cathedral, the Sponza Palace and the 14th century pharmacy.

The dripstone cave Jama Baredine leads its visitors through five halls deep down to a small lake. In room number four, there is a four-metre-wide opening that leads a further 60 metres vertically down into the depths. The cave is known for its extraordinarily beautiful stalactite formations that resemble statues and famous towers.

Plitvice Lakes National Park is the largest and oldest national park in Croatia. 16 cascading lakes are connected here by waterfalls and offer ideal hiking conditions. However, bathing is not allowed in the national park!

The Golden Horn of Brač promises pure bathing pleasure. The location of the beach is uniquely beautiful, several hundred meters jutting into the sea. Its bright pebbles and the turquoise of the crystal clear water promise relaxing holidays.

German citizens can enter Croatia with an identity card and (children’s) passport. It should be noted that the documents must be valid for the entire duration of the stay. However, a visa is not required.

From Germany and other countries the journey to Croatia is possible without problems by car, camper, bus, train and plane.