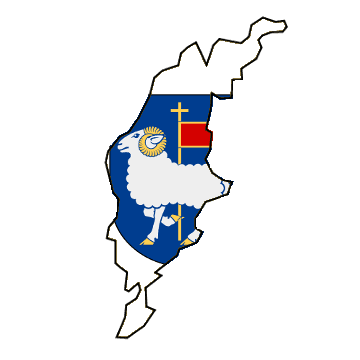 Travel by ferry nach Gotland! Travelling nach Gotland couldn't be more relaxed than by ferry. This way you start your Gotland holiday rested and without stress.

Gotland can only be reached by ferry via the Swedish mainland. Connections by ferry to Visby are offered all year round from Nynäshamnand Oskarshamn. Seasonally, it is also possible to travel from Västervik.

Use our ferry search to find your ferry nach Gotland. We compare the offers of different shipping companies on each route. So you always get the cheapest offer for your 0.000000erry. Check availability and timetables now..

You can find an overview of all ferry ports in Gotland here.

Sweden's largest island welcomes its visitors with a varied programme. The Middle Ages are present everywhere on the island, nature lovers enjoy unique landscapes and animal lovers can expect their own breed of horses on Gotland. Many hours of sunshine and a Mediterranean climate included!

The island's capital has preserved its medieval appearance to this day. Visby fascinates its visitors with beautiful architecture, a well-preserved city wall and narrow old town streets. A stroll through the city couldn't be more beautiful... Visby Cathedral dates back to 1225. It is the only medieval church that has been preserved. All the others fell victim to an attack, and their ruins still dominate the cityscape of Visby today. St. Katrin is considered particularly beautiful. [caption id="attachment_10300" align="aligncenter" width="720"] 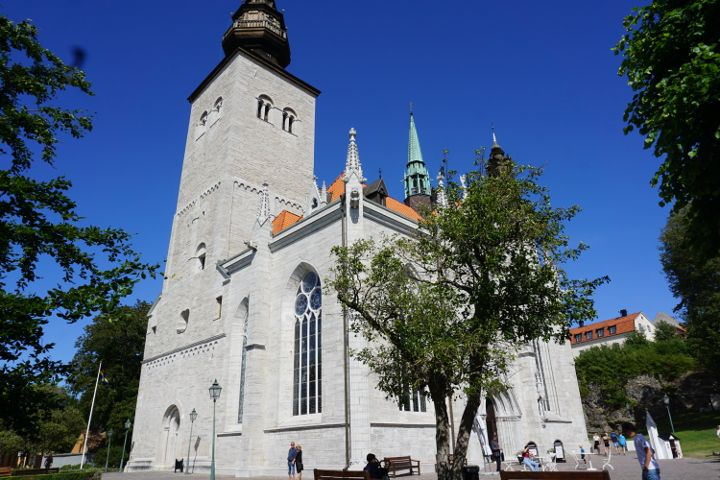 {%CAPTION%}[/caption] Visby's mighty landmark is an impressive 3.4 kilometres long. Those who want to discover the city wall can look forward to ramparts, watchtowers and moats. It is not without reason that it has been a UNESCO World Heritage Site since 1995. [caption id="attachment_10298" align="aligncenter" width="720"] 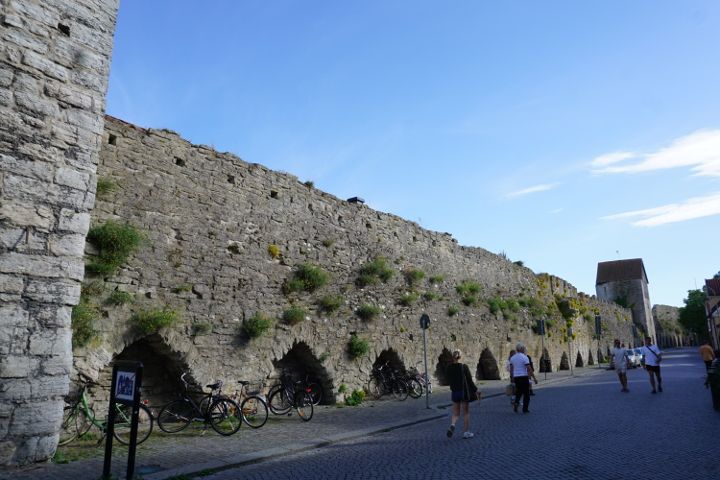 {%CAPTION%}[/caption] When Pipi Longstocking rides along Visby's city wall on her Little Uncle, childhood memories come flooding back. Here in Visby she bought sweets and new clothes with Tommy and Annika. The Villa Kunterbunt can be admired today at Kneippbyn Recreation Park. No one can escape the fascination of seeing the Raukar fields. Limestone columns up to 27 metres high stand on Gotland's beaches and their bizarre shapes leave plenty of room for imagination. Special places: Langhammars, Digerhuvud, Folhammar and Lickershamn. The Lummelunda Cave is a stalactite cave and one of the island's main attractions. It is open to visitors from April to September. If you are looking for adventure, you can go far inside the cave on a guided tour. "Russ" is the name given to the wild horse breed that lives here on Gotland. The animals live freely in the russparkon 650 hectares and can be observed on walks through the Lojsta Forest. The island of Fårö can be reached within a few minutes from Gotland. The ferry to Fårö is free of charge. Barren landscapes, lonely sandy beaches and imposing Rauk fields make it the ideal place to leave everyday life far behind. Dalhem, in the centre of Gotland, is the starting point of Gotlandståget, the museum railway on Gotland. In summer, the small train runs between Dalhem Hesselby and Roma. In old but historically renovated wagons, pulled by steam locomotives from the time around 1878 to 1945, you travel through the middle of Gotland. At the historic railway station in Hesselby there is also a museum, carriage sheds and a café. On days when the train is not running, you can hire rail bikes, so-called draisines. [caption id="attachment_10299" align="aligncenter" width="720"] 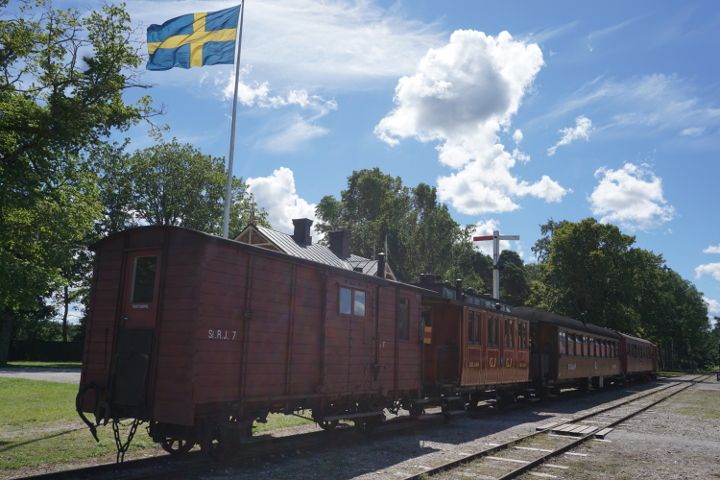 For a stay in Sweden, persons with German citizenship need a valid identity card or passport. Children under 16 must also carry a valid child passport, passport or identity card. A visa is not required for travel to Gotland.

Those who want to travel by bus and train can do so comfortably from Stockholm and then continue their journey by ferry. Since Visby has its own airport, the island can also be reached by plane.