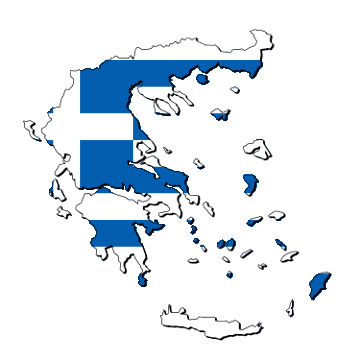 Travel by ferry to Greece! Travelling to Greece couldn't be more relaxed than by ferry. This way you start your Greece holiday rested and without stress.

There are many ferry routes to choose from on your way to Greece. Crossings are possible from Italy from Venice, Ancona, Bari and Brindisi. The ports of arrival in Greece are Corfu, Igoumenitsa and Patras.

Use our ferry search to find your ferry to Greece. We compare the offers of different shipping companies on each route. So you always get the cheapest offer for your Greeceferry. Check availability and timetables now.

All ferries to Greece

Here you find all current ferry connections to Greece.

All ferries from Greece

Here you find all current ferry connections from Greece.

You can find an overview of all ferry ports in Greece here.

A holiday in Greece promises sun, beach, blue sea and over 3,000 islands. Together with ancient art treasures, typical Greek cuisine, Greek way of life and hospitality, you can look forward to a varied and relaxing holiday.

In the Greek capital Athens, the Acropolis, the ancient marketplace, numerous museums and a historic old town invite you to take a journey into the past. A stroll around Syntagma Square, on the other hand, brings a modern attitude to life. If you take the cable car up to the Lycabettus, the whole city is at your feet.

156 meters above Athens towers the famous landmark of the city: the Acropolis. Once it served as a protective fortress, later as a place for temples. Visible from afar with its imposing size and columns is the Parthenon.

With red columns the palace of Knossos on Crete enchants its visitors. Its ruins look back on 4,000 years of human history. It is considered the largest known building of the Minoan culture. The throne room with its alabaster throne and well-preserved wall frescoes can still be visited today.

Also a visit to the antique Olympia should not be missing during a visit to Greece, as the first Olympic Games took place here in the year 776 before Christ. On the Peloponnese peninsula, the ruins of numerous temples and the stadium can be visited. Also in modern times the Olympic fire is lit at the altar of the temple of Hera.

The Meteora monasteries fascinate visitors with their unique location. Of the total of 24 monasteries, only six are still inhabited by monks today. Probably the most famous is the Metamorphosis Monastery, which was built on a 600 m high rock as early as the 14th century. Please observe the dress code!

A journey into the Middle Ages is offered by the imposing Grand Master’s Palace on Rhodes. Here in the old town was once the seat of the Grand Masters of the Order of St. John. The palace dates back to the 14th century and is worth seeing for its main portal with the large towers.

Those who define the colours of Greece as blue and white will find their opinion confirmed on Santorini. The typical Cycladic architecture of the island enchants with whitewashed houses and domes in brilliant blue. Add to that beaches of black and red….

If you want to experience Greece’s beauty in seclusion and on foot, you can do so in the Vikos Gorge. Along the crystal clear Voidomatis River, hiking trails lead through untouched nature to the Paraskevi Monastery.

In ancient Greece, mighty Olympus was once considered the seat of the gods. 2,918 metres the highest elevation of the mountain rises into the sky. In 1981 the area was declared a biosphere reserve by UNESCO and protects a unique flora and fauna.

Entry is possible for German citizens with the following documents: passport, children’s passport and identity card. A visa is not required for holidays in Greece.

A trip to Greece is easily possible by car, camper, bus and train. However, the route via the Balkan route takes a relatively long time. Faster and more comfortable is the arrival by plane. With 15 international airports, Greece is accessible by air all year round.